On the Hunt for Depth 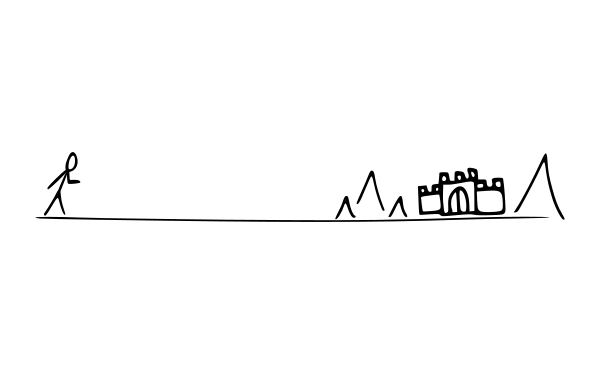 I walked a 100 km in less than 24 hours last weekend. The last couple hours were utter pain. I’ll do better next year.

But this isn’t about the march, at least not directly. This is about depth.

During the walk, a couple people recorded posts for social media in service of a fundraiser. It struck me that there was a vast discrepancy between the videos and the experience.

The full experience could not be captured. You could describe it in words. You could illustrate it with photos and images. You could try to do it justice, but you’d fail. The experience of walking was so rich in sensation while the capture of it was so empty of it.

And so while a stray video on Instagram is a marker that something happened, only the people in it understand the journey.

It made me think about the culture of shallowness. Doing things for the videos on Instagram, never going deep, never transcending anything. Perhaps this is why so many feel their life is devoid of meaning. They never venture “beyond the feed.”

The walk also made me think of David Goggins and his extreme feats of endurance. I thought I got an inkling of what he talks about then. A taste of what he meant. Only through personal experience the words filled with meaning.

The walk represented depth in the world of everyday shallowness.

So now I’m on a hunt for depth. That doesn’t mean extreme endurance activities every weekend. No. I think depth can be found in many ways. There’s depth of endurance, depth of connection, depth of focus, depth of relaxation, depth of awe… There’s an infinity of experiences that go beyond what can be captured.

The depth is what gives rise to meaning. It elevates the mind above the fray of ordinary life. It’s makes the pursuit worth it. Seek depth.