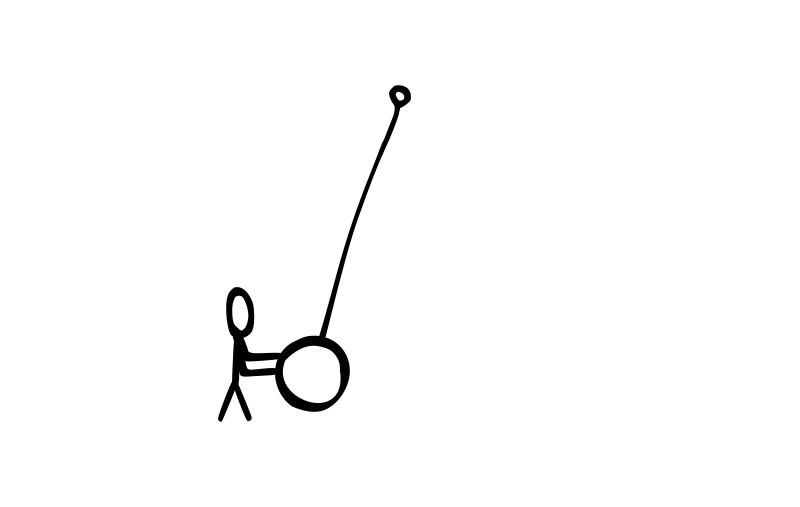 We all have our idiosyncrasies. We differ, however, in how we deal with them. And what haunts me is that I see many people who never deal with a particular idiosyncrasy and it defines their life. Not in a good way. It's the friend who complains about work, but doesn't put in the effort needed to break out of their role. It's the person stuck in a bad relationship because being single is terrifying to them. It's the neighbor who views drinking himself to unconsciousness as something normal. Each of these cases is a tragedy. I mean, that's the definition of tragedy: having a fatal flaw that leads to downfall.

Unfortunately, a not insignificant part of online culture is defending and reinforcing these bad tendencies. People post on social media about these creeping vices as though they were virtues.

I'm the king of procrastination
Just had my 8th cup of coffee
Had 8 beers, slept in a ditch again

How cute. These posts are meant to be relatable, to reach others who have done the same. Same. While going on a bender once in a while might actually be meaningful, daily repetition of bad habits is just plain bad.

The phenomenon of vice-sharing is understandable. It's about trying to make the unacceptable acceptable to oneself. If I drink 8 cups a day, but others like my tweet about it, it's fine now, right? Right? It's a mechanism to avoid feeling discontent (which could be transformative), and instead find comfort in socially distanced validation. The problem is that it stops us from changing, evolving, and fixing the fatal flaw. Vice-sharing posts erode the collective standard, don't let it fool you. But let's return to the topic at hand.

Some tragedies in life are inevitable, so be it. But there is a vast quantity of thoroughly evitable tragedies that we can do something about. We have the power to choose whether a certain behavior tendency will or won't define us (though sometimes we might not like thinking about that too much since it reeks of responsibility). And this is where the practice of over-compensation comes into play.

Take a tragedy-in-the-making: eating too much, not working out, using substances to dull senses... That's something to change. Great, so how does one find balance after being off-balance for a while? By over-compensating, deliberately.

It is the nature of learning that we often need to do something in an exaggerated manner to understand what we weren't doing before. To get closer to a better equilibrium, we need to swing out farther in the other direction first. Once we see the difference clearly, then we can reign it in.

Why the over-? Compensation is not enough. When we say to ourselves that we'll do something differently, that we'll compensate for an unfortunate tendency, it usually leads to nowhere. Aiming for balance usually doesn't work. Simply trying to compensate is not deliberate enough.

So that's why the over-. Over-compensation means making conscious effort to do things you wouldn't ordinarily do. It takes time. It takes deliberation. It takes conscious choices. "Okay, I'll go to that class on Wednesday."

Now it's time for an example. One tendency I've noticed is that I'm prone to isolating myself. I'm quite good at it and I've only improved in recent times.

Yet, I realize that many of the best things in my life have come directly from putting myself out there. Projects, experiences, relationships... They all have in common one factor: the people. While this is fairly obvious, going to places and events where people hang out often requires making an effort whereas screen-sustained isolation is comfortable, effortless, easy. It becomes a familiar self-prison.

So I'm taking steps to counter-act that tendency and avoid the tragedy. I hop on trains to meet people, I'm learning dancing, I'm moving to the city, and so on. I over-compensate.

In the health and fitness world, the over-compensation might take the form of adopting a diet that is not sustainable. People look down on so-called crash diets, but they can serve a function. When someone starts restricting their eating consciously for the first time in their life, the practice of estimating calories daily and making sure you're in a caloric deficit will lead to a better understanding of how much you need to eat to sustain yourself. Of course, when people think that they should stay in a deficit forever and don't allow themselves to eat anything they actually like, a crash diet backfires, but the conscious restriction of calories does serve to illustrate what the other side of the eating spectrum might look like.

That's what over-compensation is good for: it establishes a reference point on the other side of the spectrum, which gives us a better understanding of what our personal optimum might be. Be too isolated, then become too social, then find what works for you. Eat too much, then eat too little, then find the balance. Do no exercise, then do too much exercise, then find the balance. The process of finding balance is more dynamic than people think. It's a pendulum, not a balancing scale.

And so we arrive at the end of this piece: the summary.

Don't hide from your idiosyncrasies. There are bad trends that you know you could do something about. Do so. Adjust course before you go into the fatal storm. Don't promise that you'll change and try to find the balance by making small adjustments that all too often fizzle into nothingness. To put it bluntly, make an actual effort. Over-compensate. Swing the pendulum the other way.